The rail industry is undergoing significant change. As with many other industries, there is a trend away from legacy communications systems towards more widespread Ethernet based networks to support digital railway and transport management systems. The trend is driven by the need to reduce cost, make use of more widely-available networking expertise, and a desire to carry more and different forms of data across the network.

For railways the legacy data transport infrastructure was based on PDH (Plesiosynchronous Digital Hierarchy) technologies. Plesiosynchronous literally means “nearly synchronized” in so far as the network is nearly, but not quite, perfectly synchronized. PDH is a relatively old technology and was replaced by SDH (Synchronous Digital Hierarchy) or SONET (Synchronous Optical Network) technologies. In turn, both these technologies are being phased out in other industries such as Power and Broadcast which had extensively used them in the past. Given that PDH was used most commonly in use before 2000 it is clear that both networks and systems will require significant updating. This change creates the unpredictability which drives the need for testing, and for this reason using network emulation to model the effects of a Wide Area Network on new services is becoming increasingly commonplace.

How network emulation helps
Network emulation is the process of modelling the characteristics of a network in the test lab so the impact of the applications or services running on that network can be observed. A network emulator is able to inject impairments such as latency, bandwidth limitations, jitter, packet loss and packet fragmentation enabling you identify and resolve networking issues before end-users encounter them.

Testing VoIP
Voice communications between trains and operations centers are vital to the safe and efficient operation of the rail network. Understanding the effects of latency or packet loss under the varied conditions that will be present is critical to ensuring that voice communications are not disrupted even under the most extreme conditions that are likely to be experienced.

Testing GPRS services
It is rare that you will not have Cellular or WiFi services available on a train. The same connections will also be transporting more critical services. Testing using a network emulator allows you to model the network and test critical services in a congested environment or against asymmetry in the round trip. You can also understand bandwidth requirements to ensure that general consumers still have appropriate service levels to ensure a satisfactory user experience.

Video/security system testing
As with voice, video is critical to the safety and security of the rail network. Having an “always on” real-time video surveillance and recording capability is absolutely vital. Network emulation can create a “bad” network to see if video is resilient without loss of picture or video loop-back.

Transport management systems
Management systems will operate functions such as signalling across the rail network. A frequent requirement is to test high availability and redundancy features. In the real world datacenters will be geographically distant, however In a lab, the datacenter environment can be created in two racks sitting beside each other. Convergence times can be measured if the link to the primary datacenter goes down, while application failover can be monitored if delay times exceed the known limits of a particular application.

The Calnex SNE is designed to add realistic network conditions allowing you accurately emulate a wide spectrum of network conditions that can affect rail communications and systems. Plus, it ensures the end-to-end performance of applications is precisely measured so that any potential issues are ironed out before deployment. 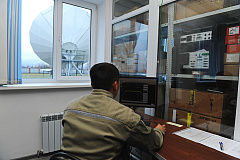 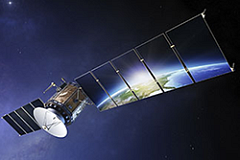